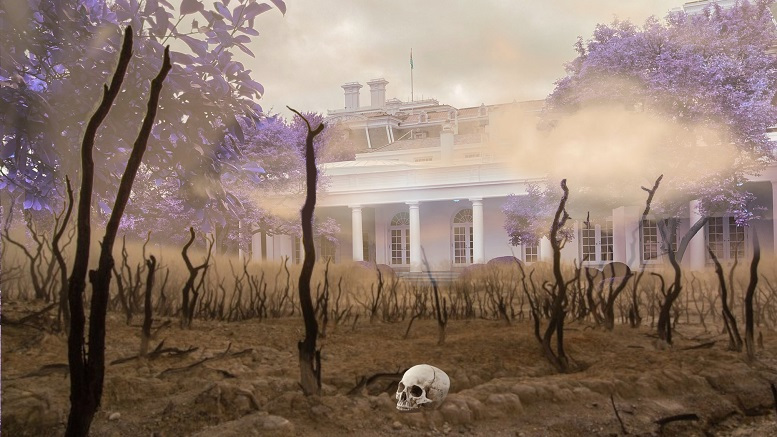 (The White House) First Lady Melania Trump has given a first look at what she described as a ‘refreshing’ of the famed Rose Garden. The updated look was eagerly awaited as Trump has already made quite a name for herself with her bold White House Christmas decorating. Initial reactions expressed concern that the eponymous rose bushes were gone, but the First Lady quickly allayed those fears.

“Rose bushes are there. They are just dead. Very dead.”

She explained her refreshing process in detail to Home & Garden magazine.

“I kill everything, add marsh, then accent with skull of vanquished enemy.”

Some finicky critics continued to insist the new look was inappropriate, but Trump vigorously defended her makeover.

“I believe it is most appropriate to times we are in. Don’t you?”

YOUR GENEROSITY KEEPS THE SATIRE COMING!

Jesse James Made a .45 Caliber Pistol for President Trump

Pelosi Warns – The World Will End If Trump Wins

Nancy Pelosi’s 4th Husband Files for Divorce: ‘I just Can’t Take It Anymore’. Do you support this?